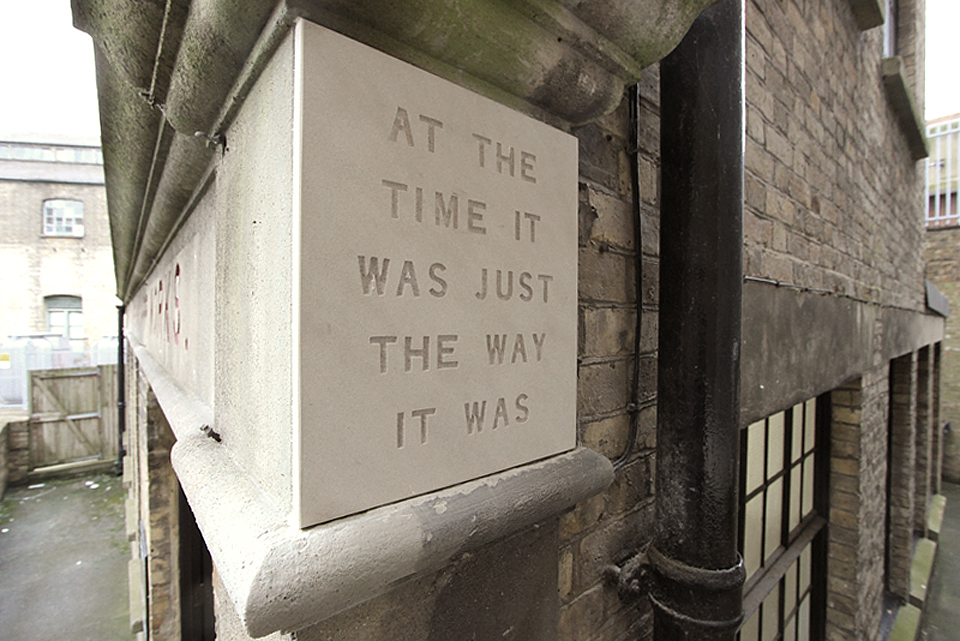 CRATE presents the last event in the project spaces as part of the Exhibition as Medium programme. You are invited to join us for a series of interconnected events on Sunday 3 June starting at 3pm. Artists Ruth Beale, Karen Di Franco, No Fixed Abode and Neal White present events devised over the last few months via a forecasting technique used during the Cold War called The Delphi Method. These events form the culmination of an anonymous collaborative discussion between the artists, with the curator acting as facilitator through the entire process. The process of using The Delphi Method has allowed the artists involved to incrementally refine their ideas for Event Show, with the suggestion of five separate actions as part of one larger event. They have FORMED A COMMITTEE and issue a summons to attend a WAKE between 3 - 6pm during which time there will be RITUALISED REFRESHMENTS, DIAGRAMMATIC ACTION, PERPETUAL REMEMBERANCE and the UNVEILING OF THE FOUNDATION STONE.

Event Show / The Way Things Go / A Way Of Doing Things is a project that concentrates on collaborative working processes, focusing on research and discussion as major factors in the art-making process, rather than making and showing. It attempts to unravel working and thinking and push these often hidden processes public. Event Show began with a screening of Fischli and Weiss' The Way Things Go. This had lead to A Way of Doing Things, where notions of the natural evolution of ideas and things have become secondary to pragmatism and a sense of wanting to get things done.

The Way Things Go still exists - it was the beginning of A Way of Doing Things - a reference point for discussion and thinking, which has moved on to form something else. We can refer back to The Way Things Were and point towards The Way Things Will Be, choosing to shift philosophical position within the time-frame of Event Show.