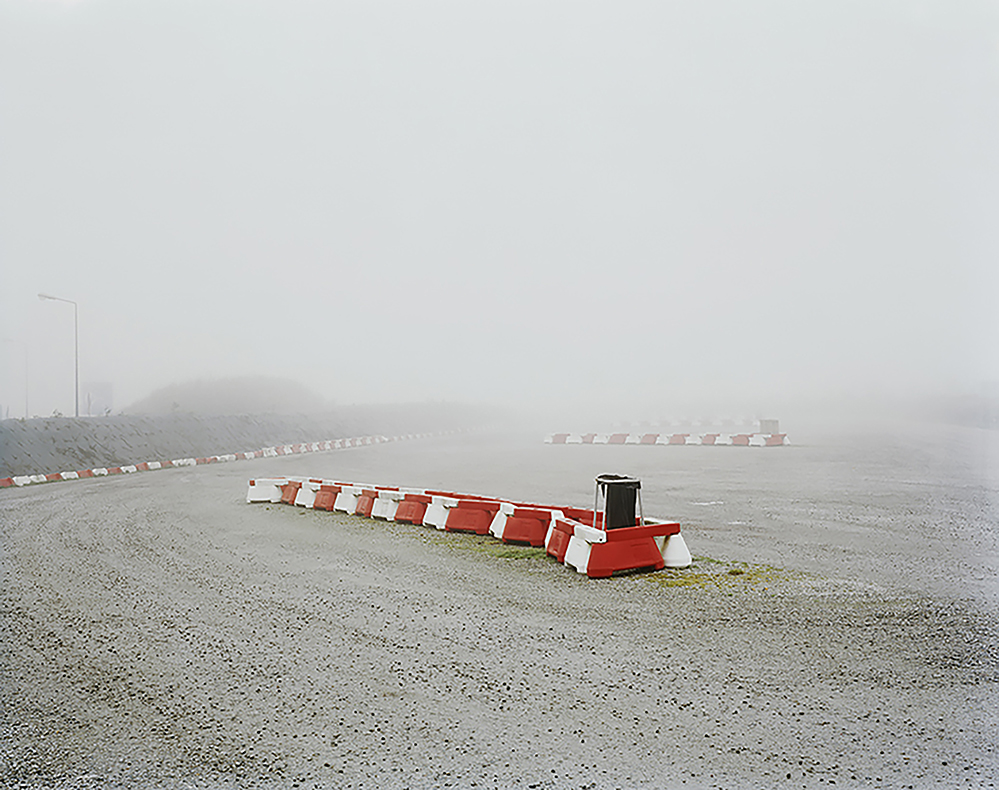 CRATE's annual summer group show  is called Mapping Margate. The chosen artists have been asked to respond to T.S Eliot’s The Waste Land.
Below is information on the works included in the show:

Alex Currie
Alex Currie is a Uk based contemporary landscape photographer who graduated from Brighton University in 2007. His photographic practice is concerned with exploring and documenting urban and industrial environments. As well as his solo work he is a founder member of the ‘Human Endeavour’ Photographic collective.

His main project will be ‘The Motorway Service Station As A Destination In Its Own Right’ and his second project is about his mother called ‘Death Is The Only Answer’.

Mark Downing
Mark Downing is a local artist and businessman who ran “I Scream and Rock” in the High Street, “Punk on $ea”, and co-ran “Mojo” in Dane Hill. His artistic output is prolific and varied and includes paintings, sculptures, furniture, readymades, posters, and fashion. Punk had a major impact on his attitude to life and he cites Francis Bacon, George Melly, Patti Smith, Dylan Thomas and The Clash as influences on his artistic practice.

Mark is showing his "Flowers" series. His paintings are inspired by the landscape of urban Margate where flowers have bloomed in wasteland areas.

Stacey Guthrie
Stacey Guthrie explores the subversion of domestic expectations, compulsion and hysteria and has chosen to respond to the section of the poem that refers to Madame Sosostris and her ‘wicked deck of cards’. Named ‘Madame Domovoi’s Wheel of Fortune’ the work alludes to the Domovoi; a domestic deity in Slavic Mythology which was said to live under the stove. It will be an interactive piece which will allow visitors to discover their own fortune and that of others.

“I make art so I don’t kill my family”.
Stacey Guthrie lives and works in West Cornwall. Her work explores gender stereotypes and the ludicrous expectations placed on women to be innately expert homemakers. Utilising comedy and surrealism she creates a liminal space in which we can witness the effects of repeated drudgery and the creativity that can spring up when breaking point is reached.

Anna Katarzyna Domejko
Anna katarzyna Domejko is proposing to intercept the project space with proliferated shapes inhabiting the corners and edges.The work is a reference to the layered voices, the chopping up, and the collage cut up nature of The Waste Land. The paintings will creep across the gallery interrupting and breaking up the space.

Anna Katarzyna Domejko is a Lodz born artist currently residing in Birmingham. Her practice spans painting, sculpture and installation. Her work is primarily monochrome and is preoccupied with odd placements of shapes and materials, faces merging and drifting out towards you, and allusions to primordial happenings or tales.

T.S Eliot talks a lot about loveless sex and lust in The Waste Land. For him it’s a metaphor for how empty, alienating and disconnected society has become.

Heather is a local artist and photographer. She is interested in social and political discourse, and has regularly returned to exploring the relationship between Image and Text.

Pavilion
Pavilion’s ‘Lost River’ addresses the watercourse of T.S. Eliot’s The Waste Land. The installation describes a semi-fictional subterranean slice through infrastructural architecture that fantasises a leisure space out of the London sewer network.

Alongside the archaeological section is a display of iron shanks, which appear like the shard extrusions of industrial rubbish.
Pavilion is the collaborative practice of duo Sophie Yetton and Gabriel Birch, based in London. Their work considers and re-frames the space that objects, people and artworks are seen within. Pavilion creates architectures for the gallery which operate simultaneously as installation and display devices for other art works.