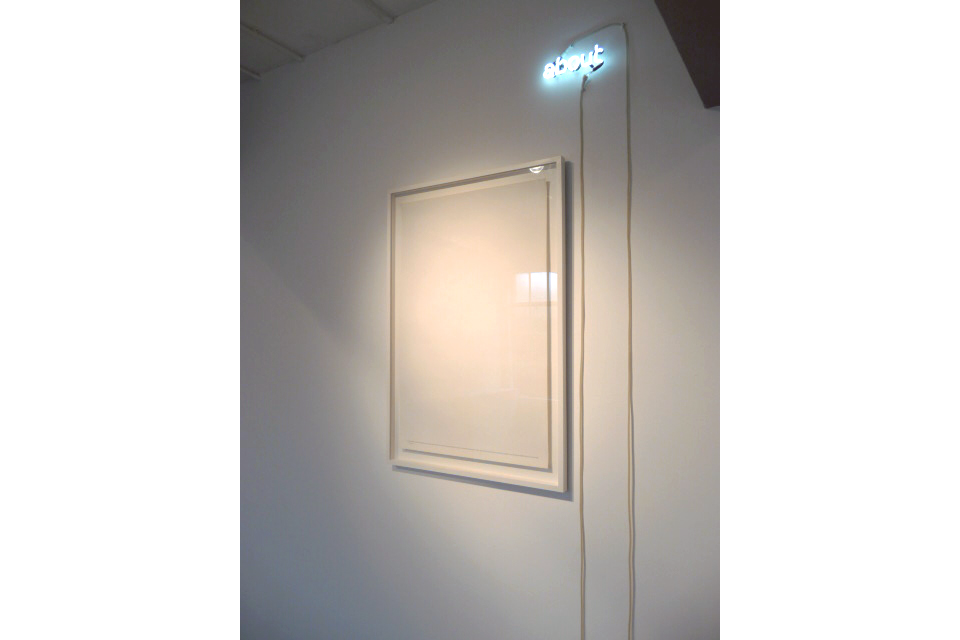 An exhibition centred on the work of conceptual artist Robert Barry. A reinvention of the solo show. Re-workings and re-interpretations of Barry's work will be presented in the only exhibition in the Exhibition As Medium programme that will remain in a static form. A focus here lies more in what a solo show can constitute, in this case focusing on artists and thinkers who have utilised Barry's ideas in order to create new work or re-imagine original works.

This curatorial premise of re-thinking the solo show abolishes the ongoing contentious issue of whether (ordinary) solo shows can ultimately be curated. Through the original curatorial premise, and the process of selecting artists and works, this is much more an experiment in curatorial practice than an invited and 'organised' solo exhibition.

Barry, more than any other artist, lends himself to this kind of reworking of the solo exhibition. Through his early works in the 1960's, he recognised the importance and playfulness of authorship, often claiming where, or how artworks could be experienced, rather than physically showing something. Red Square (1967), a single small canvas, includes the specification that it be installed 'at the centre of the wall'.

Other paintings from the same period were sent with instructions on where they should be hung in a particular space, 'the background wall in both cases becoming thematically accommodated within the totality of the work.' His Telepathic Piece (1969), leaves nothing more than the artist's intention of how the work will exist, and probably his most well-known work Closed Gallery series (1969), in which was written on the invitation card for an upcoming exhibition, 'During the exhibition the gallery will be closed', he 'shrewdly and clearly played on art's conditions' , leaving nothing but an empty gallery, maintaining complete control over (the non-existent) exhibited product.