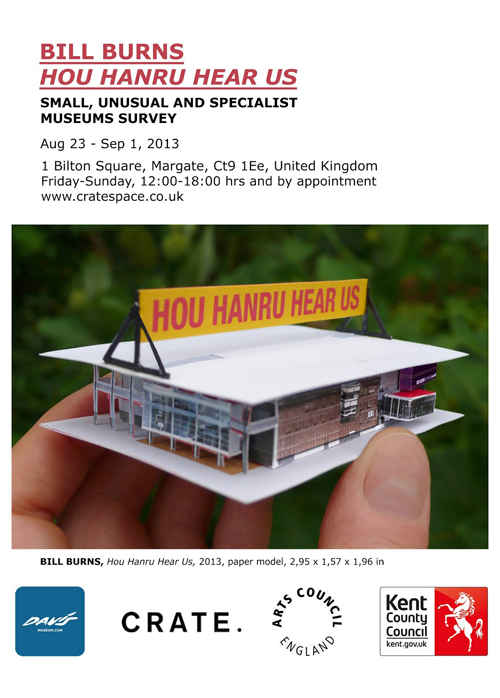 Text by Bill Burns:
Hou Hanru Hear Us and Beatrix Ruf Protect Us deploy a strategy of playing possum, known in animal behaviour as thanatosis. Thanatosis is a form of self-mimicry whereby the animal mimic imitates itself in a dead state.

Here I am asking for deliverance and intercession. The expressions "priez pour nous", "protect us", "delivrez-nous", "hear us" come from a prayer form known as a litany. Litanies are call and response prayers. The names on these signs and the other signs in this series such as Hou Hanru Hear Us or Hans Ulrich Obrist Priez Pour Nous are those of internationally recognized critics, curators and directors. I don't consider my stories, drawings or art world celebrity signs to be so much laments about lack of fairness or injustice as they are cyphers of a bigger picture -- of the world we long for.

My intent is to question what constitutes art and how it functions. My project casts a critical eye on the catalogue of art history as well as past and present hagiography. Beatrix Ruf Protect Us asks us to take a critical look at the our situations and our institutions. It asks a question that cannot be answered: "What do we long for?". This brief is mostly about the idea of the project. The exhibition includes a series of watercolours, a large chalk board, a large sign on a trestle, a pile of carved logs, a machine for testing art world celebrity work gloves, a series of scale model museums with signs on top of them and some sheep shearing and milking. A related book with stories and essays by Bill Burns, Jennifer Allen, Dan Adler and Dannys Montes de Oca Moreda will be published by YYZ Books, Toronto. It is a project about longing.

Sacha Waldron: Bill, why do you think its important that Hou Hanru Hears Us?
Bill Burns: Well I’m not so sure if I want Hou Hanru to hear us so much as to say that I want him to hear us.
Part of it for me is a voice, the artist as unreliable narrator if you will. The project uses names from published
lists such as Art News’ Power 100. So here Hou stands in for fame, market fetishisation and power. Its not personal - I happen to like him – but it could be someone I don’t know or don’t like. Also its about a kind of celebrity – a very specialised celebrity - most people don’t know who Hou Hanru or Massimiliano Gioni are but they are powerful people whether they like it or not.
SW: This work is part of a series, can you say a little bit about the other works/models?
BB: Yes I’m working on a series. The phrases on the signs come from a prayer known as a litany. They often take the form of entreaties. The scale model in this show, Hou Hanru Hears Us, is a model of the Gallery of Modern Art  (GOMA) in Brisbane Australia, I’m working on one for the Poumpidou Centre (Iwona Blazwich Priez Pour Nous) and one of Guggenheim New York (Adam Weinberg Protect Us). There’s also the SF MoMA, and Guggenheim Bilbao in production. The models are detailed and flimsy at 1:500 scale.
SW: You combine the models of the institutions with the, almost institutions in themselves, names of these curatorial or directorial power houses...are the litanies, prayers or entreaties also to these major institutions? I also wonder what you are entreating them to do? I suppose what I’m trying to get at is what questions are the most important, do you think, to be asking of these people/institutions?
BB:  Its a mug’s game isn’t it. Yes these are entreaties. On one hand I’m asking these institutions to help me rise in the ranks; this is how artists make a living. On the other I’m commenting on the lack of space to question the relationships of power and how it turns; its not so much against the rules to ask, many artists and curators do, but making the apparatus visible is nearly impossible. These people, and these institutions are subject to power as much as I am.
SW: Can you talk about scale a little bit in relation to this work and your work in general?
BB: Scale in this project has a number of entries for me. First there is the scale of systems such as the artist’s relationship to curators, collectors and other power brokers. And then there is the scale of celebrity and self-aggrandisement. These can be funny or tragic. I work in scale models for a number of other reasons. The ability to see everything from above, the panoptics appeal to me and the delicacy of using the wrong materials at the right time.
SW: For the installation at the Davis Lisboa Museum at CRATE, Hou Hanru Hear Us sits on a specially cut rock, can you say a little about this?
BB: I wanted to play with scale a little bit with the model building and the big rock.  Also certain tropes such as Saint Peter who built the Church or Muhammad who went the Mountain come to mind.
SW: The idea of religion and the fact that art institutions, galleries, museums often seem to be the 'churches' of this religion called art seems to be a key factor. How do you think smaller galleries and art spaces fit in relation to these ideas?
BB: That’s an interesting question. I like small spaces as they can make my work bigger – and of course this appeals to the ego of the unreliable narrator/artist in me. But your question goes deeper I think. It does seem that art museums and whatnot bear more than a passing resemblance to the institutions of the Abrahamic religions. I think it’s worth reflecting on.
SW: You would, I suppose, assume that the art world would more than any other industry would have a more plural outlook in terms of hierarchy, power structures and who we 'worship'. But then art world/art industry it means the same and it is a business so of course it operates on those terms.
BB: It is curious in some ways but then again advance industrialism owes a lot to Abrahamic discourse and of course the art world is an important part of that too. But to quote John Baldessari: “the most important thing about a work of art is usually the most obvious”. And the connection between art and money and power is hard to ignore. For me the job is to try to make these relations visible but also to have fun doing it.
SW: You donated Hou Hanru Hear Us to the Davis Lisboa mini museum, how did your involvement with the Davis Museum begin?
BB: I met Davis at the Arnolfini, in Bristol, a couple of years ago. We were both part of an exhibition called the Museum Show curated by Nav Haq. Davis’ project stuck with me.
SW: Whats next, what are you working on now?
BB: I’ve just finished editing a new book – its a memoir about my life in the art world. Its called Hans Ulrich Obrist Hear Us. Its a story of ups and downs and my quest to be part of international art biennials and the like. It will be published by YYZ Books in Toronto this fall.
SW: Thanks Bill! 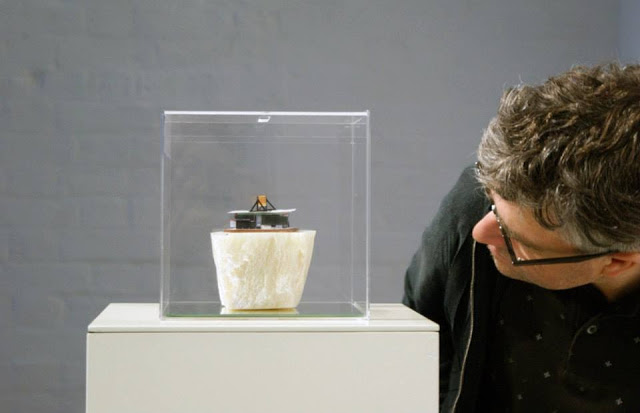 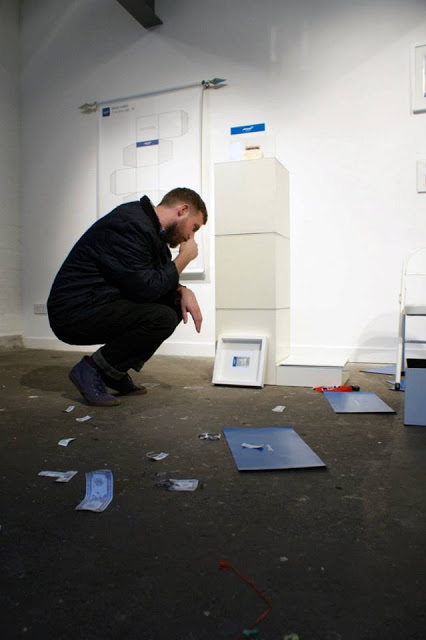