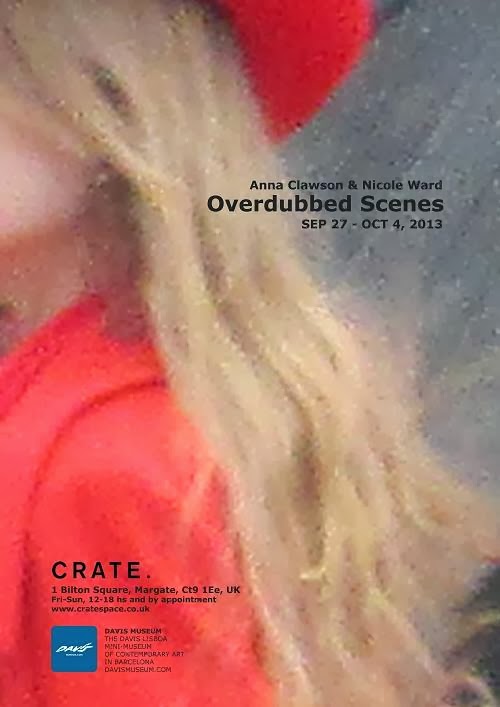 Anna Clawson & Nicole Ward's new exhibition, Overdubbed Scenes opened on Friday at CRATE in Margate. The exhibition is the fifth in a series of week long shows in which CRATE have asked artists to respond to the very particular and miniature exhibition space of the Davis Lisboa Mini Museum of Contemporary Art, Barcelona, which is currently in residence at CRATE for six week. The Davis Museum was created in 2009 by Brazilian artist, Davis Lisboa, as an attempt to provide an alternative environment and structure for artists to exhibit within, an approx 8” by 8” by 8” clear acrylic box as opposed to the monolithic institutions that our art world and market holds as the goal for artists - MOMA, Guggenheim, Tate. The Davis Museum also provides an alternative currency for the exchange of commissions and artworks made for its institution with artworks often donated to the Museum after their exhibition and held in the permanent collection in Barcelona to be take out as and when needed in the various solo and group projects the Museum is invited to participate in. The artworks take the duel role of having the scale and portability of an edition whilst retaining the form of an individual artwork.

The current installation in Margate of the Davis Museum consists of the 'museum' box which sits atop a white plinth, a flag which states the Museum's goal as an 'island of resistance' to the 'tsunami' of the art market (laid out like a Facebook page and status update which alludes to the Museum's origins as a non-physical space), an ipad which displays a looped history of the Davis Museum's exhibitions and a poster. Each artist that has been invited to respond to the Museum in Margate was asked to use the components of the Museum as they saw fit. The exhibitions so far at the Museum at CRATE have included a small paper model by Canadian artist Bill Burns, a television and shirt owned by Andy Warhol, Romanian artist Betts Robinson and an installation based on the subterranean sites of Margate by Bridgette Ashton.

Working mainly with print, sculpure and photography in their practice, Clawson & Ward have chosen to create new work in response to the Davis Museum's format of display in an installation they call Overdubbed Scenes which hints at the malleable nature of museum collections. This malleability refers to the continuous re-contextualisation of an exhibit or archive. During this translation, the archive’s content is susceptible to a range of influences including; public opinion, capital and changes to the political landscape.

The miniature sculptural work that the artists produced takes the form of cut-outs based on architectural forms. Applying the methods used to re-animate and promote a collection by using small plastic suction cups to attach the printed sculptural work to the Davis Museum, Clawson & Ward refer to low-fi products produced solely for disposable merchandising. Using the Davis Museum ipad and incorporating the crop editing tool, the artists use a single photographic snapshot, one of women in red outside the Soviet Commissioned Ninth Fort Memorial to the Holocaust in Kaunas, Lithuania, to provide the backdrop to the exhibition. The women, some in hotpants, were captured on a photo shoot during the artists visit to the memorial site. The incongruous nature of their usage of the memorial site as a fashion location as opposed to a site of reflection or remembrance, make the lack of context to the photograph even more startling. The true meaning, like a lot of Clawson & Ward's work is buried underneath layers of complexity and abstraction and must be carefully unpicked.

The next and last exhibition at the Davis Museum/CRATE will be a video and model installation by Benedict Drew called The Concha Institute. The work tells the, often trippy and dream-like story, of a man who has nasal trouble only to find out he has a museum of contemporary sculpture stuck up his nose. 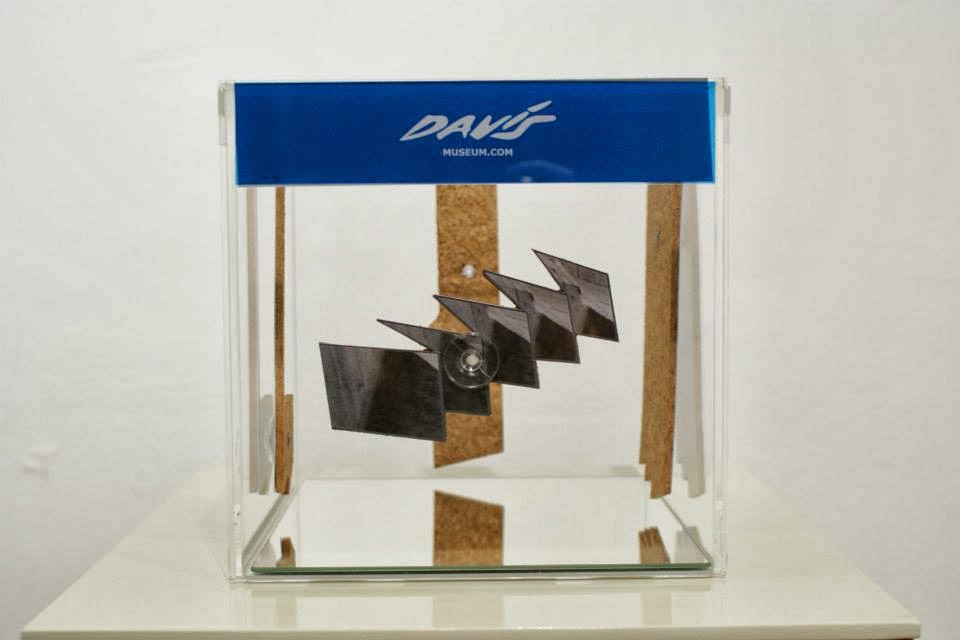 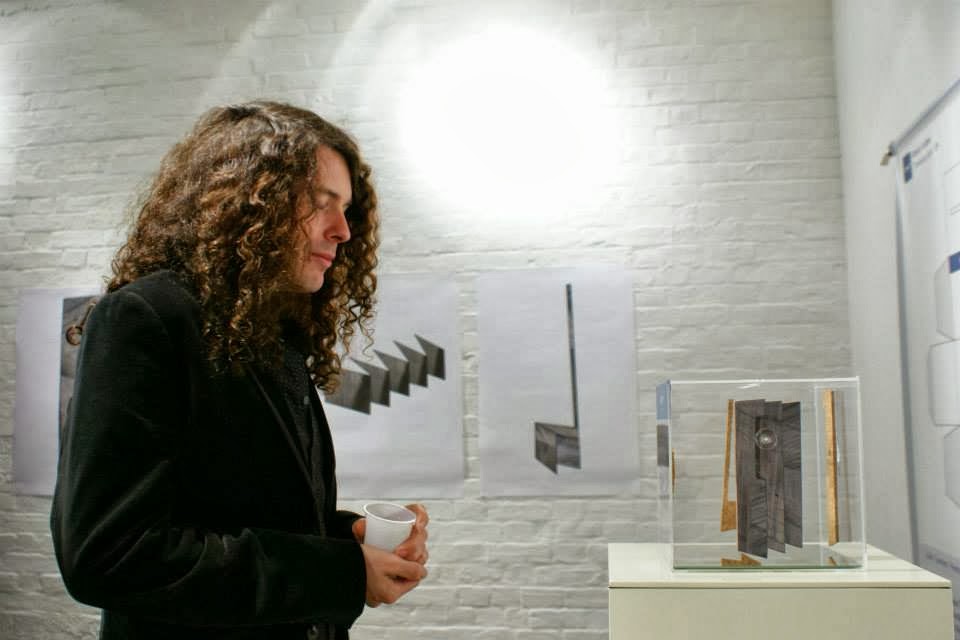 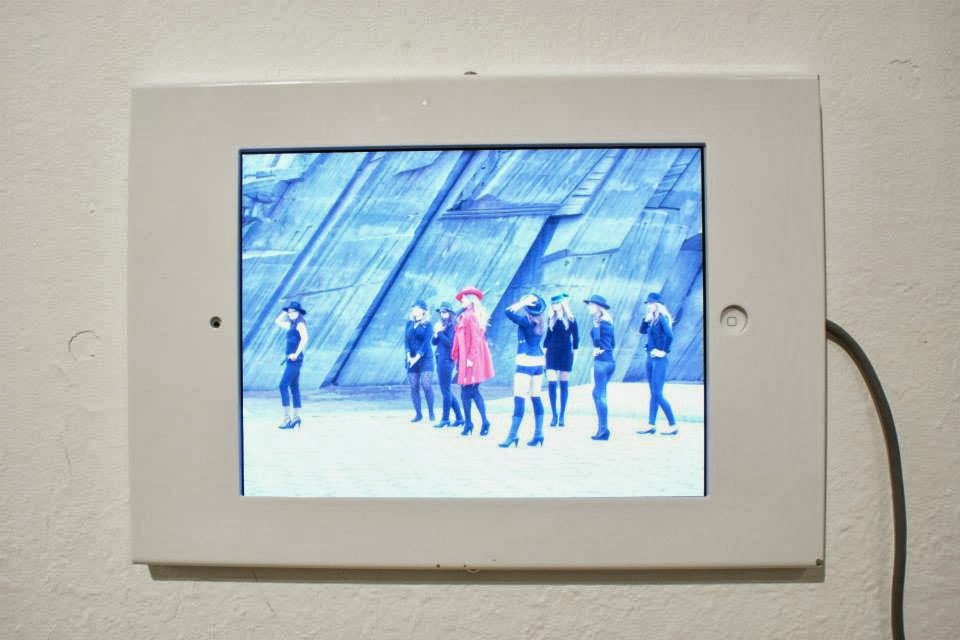